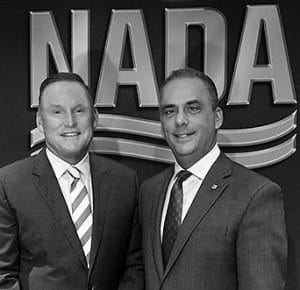 The National Automobile Dealers Association’s 63-member board of directors has elected Mark Scarpelli as chairman and Wes Lutz as vice chairman for 2017.

Wes Lutz, who currently represents Michigan’s new-car dealers on NADA’s board, is also a past president of MADA. He is president of Extreme Dodge-Chrysler-Jeep-Ram in Jackson, Mich.

The new term officially begins at the 2017 NADA Convention and Expo in New Orleans in January.