Boyne City, Michigan first welcomed Ford motor cars on September 22, 1917.  At that time, customers of the new Northern Auto Co. had one vehicle option – the Ford Model T.  Robert G. Mathers worked for the dealership as a high schooler in the late 1940s before moving out of town for a while.  When he and his wife Shirley came back in 1962, they operated a gas station where Robert repaired and sold used cars.  The couple later purchased the Ford dealership’s body shop, and the following year acquired the remainder of his old dealership, changing the name to Bob Mathers Ford. With the passing of Robert and Shirley, the business is now owned by their children Robert, Cheri, Trish and Wendy.  The dealership has received some updates through the years, but Ford has maintained its presence at the same address on Water Street in Boyne, Michigan 100 years. 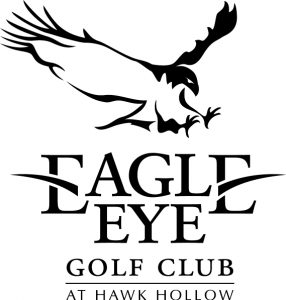 The upcoming MADPAC golf outing on Monday, June 4 will again be held at Eagle Eye Golf Club, which was ranked as #5 in the nation by Golf Advisor raters in 2017.  The course was designed by Chris Lutzke, in collaboration with renowned course architect Pete Dye, to be a rolling “links” style championship golf course featuring magnificent shot values on every hole. Eagle Eye provides a challenge from any of five sets of tees… and the signature “Island Green” #17 is simply not to be missed.

More information about the golf outing is available here.

Here are a few interesting facts about the course…

Gave stock to the bank to continue serving customers during the depression.

In 1914, with $600 and high hopes, Otto P. Graff launched the Ford Sales Company in Flint, Michigan.  He signed an agreement with the Ford Motor Company to sell 125 cars a year – he reached 150 the first year.  Soon after, the dealership was renamed Otto P. Graff Motor Sales. The business continued to grow and in 1924 a new sales peak of 2,400 vehicles was reached, but then the depression hit. To keep the dealership open, Otto gave all stock in the corporation to the bank, which held it until 1948 when he made the final repayment to the bank.

In 1936, Max H. Graff, fresh out of college, went to work for his father.  When Otto’s second son, Rex, returned from WWII, he was put in charge of the motor rebuilding department. Max’s son, Max H. “Hank” Graff, Jr., joined the family business in 1971, and a few years later he purchased his uncle Rex’s portion. The dealership is now in its fourth generation with the addition of Hank’s son, Chris Graff, and daughter and son-in-law, Kim and Keith Whitmore.

The family has added numerous franchises and locations, but more than 100 years and four generations later, the Graff family continues to operate the business with the high standards developed by Otto in 1914.

Somewhere around 1913 Clayton Frei and Elmer Jones partnered on a Ford store, called Jones & Frei Motors. As the story goes, the dealership transitioned to Chevrolet in the 1920s when Ford’s business plan included painting every car black and stipulated that for every car a dealer sold they had to sell one tractor. Tractors were understandably a hard sell with the Upper Peninsula’s rock-laden ground.  At this juncture, Clayton bought out Elmer Jones and Frei Chevrolet was born.

In 1945, Gerry Grundstrom married Clayton’s daughter, Virginia. Gerry was with the Air Force in India predicting weather for raids on Japan when he asked Clayton to put the engagement ring on Virginia’s finger. Gerry later took over at Frei in the early 1970s when Clayton Frei passed away.  Passing along the reigns, Gerry and Virginia’s son, Jim Grundstrom, became president of Frei Chevrolet in 1990, and as tradition goes, the fourth generation, Andy and Jill, are now working in the family dealership. 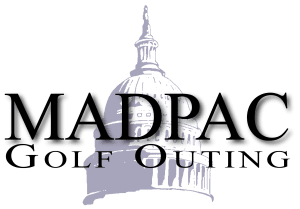 MADA invites you to join friends and colleagues throughout Michigan on June 4th for a day of golf at Eagle Eye Golf Course. This year we celebrate the 27 Annual MADPAC Golf Outing!

Please register your foursome by May 18, 2018. A registration form is available Register today!, or call MADA at (800) 292-1923. We look forward to seeing you on June 4th! More information about the event is available here.

The oldest family-owned Buick dealership in the United States.

Saginaw, MI — Garber Buick is the nation’s oldest and first Buick dealership in the country. The year was 1907 and Guy S. Garber saw the automobile as the vehicle to the future. Growing up in the Lansing area, his reputation as a salesman brought him to the attention of William C. Durant, founder of General Motors. At his urging, Guy Garber became a factory representative for Buick Motor Division. During his first six months he established one dealership, in Battle Creek. His success there brought him to take on a greater challenge, coming to Saginaw in 1910 representing Buick.

Guy Garber’s long and productive affiliation with GM lasted nearly 60 years, through the great depression and two world wars. After his passing in 1965, his son, Richard Garber, Sr., became president and owner until his own death in 1972. He was succeeded by Norman F. Geyer, son-in-law to Guy. He successfully guided the Buick store for eight years, until he passed the torch to Richard J. Garber Jr., in 1980. He was the third generation to take the helm of the company in its 73rd year of operation, and at the time was the youngest Buick dealer for a dealership of its size in the nation. Since that time the organization has grown to 16 dealerships located in four states, Michigan, Florida, Illinois and New York. Garber Automotive also includes 25 Used Car Retail Lots and a Finance Company that finances automobile purchases.  In total the Garber Automotive Group employs over 1600 employees with the headquarters based in Saginaw, MI. 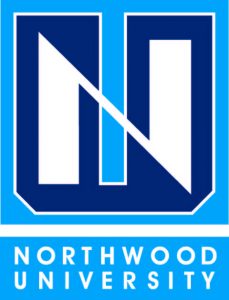 MADA congratulates Steve Brown, who was one of a select group of dealers who received Northwood University’s prestigious Dealer Education Award at the recent NADA Convention in Las Vegas. Since 1972, Northwood has presented this award to community leaders who have made outstanding sacrifices of time and resources.

Please help us recognize other dealers around Michigan for their contributions to education.

Do you know a dealer who exemplifies what it means to be an upstanding community member and business leader? If so, please help MADA recognize these dealers with a nomination for the Northwood University Dealer Education Award. This award recognizes dealers in the automotive marketing field who have made noteworthy contributions to education, both public and private.

Review the dealer nomination form (here) and nominate a dealer you believe deserves to be recognized for this prestigious award.