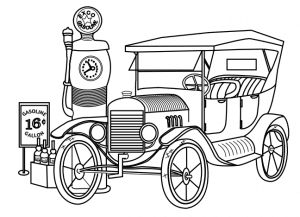 Thomas Edison, who grew up in Port Huron, invented the incandescent light bulb in 1879.

Henry Ford hand built his first car in 1896, while Ransom E. Olds founded the first auto company in Michigan in 1897.

Ford’s first production car was the 1908 Model T, which sold for $950. By 1912, Michigan led the nation in auto production and Detroit became the Motor City. Today, Michigan remains the center of the auto industry, with the headquarters of all three major American auto companies located in the state.