Stayed in business during WWII by selling and servicing used vehicles.

Cawood Auto has been a staple in Port Huron, Michigan since 1918 when John Cawood began selling the now long-gone Essex and Dort brands.  In 1933, Cawood added Pontiacs and Buicks to their line.  It was also the first dealership in the area to start offering unheard of warranties on used cars. In the early 1940s, during WWII when no new vehicles were being produced, Cawood stayed in business by selling and servicing used vehicles.

In the late 1950s, Charlie Barrett Sr. bought the dealership from his father-in-law, John Cawood. After graduating from the University of Michigan in 1965, Tom Barrett came to work for his father, joined by his brother Charlie in 1973, following his graduation from Northwood University. In 1979, the brothers bought out their father and became the dealers. Tom is now the sole owner of Cawood Auto, with his cousin, Ted Barrett III as general manager.

The dealership has moved, rebuilt after a catastrophic fire and added and lost franchises, but Cawood’s four generations continue to proudly serve their customers in the Port Huron area. 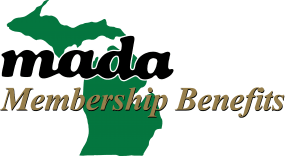 We are hearing from many dealers that there is a need for additional State of Michigan training, especially due to new compliance and regulatory changes that have taken effect in recent years. To make the best use of your time, we have invited the Michigan Secretary of State and Michigan Treasury to provide a joint program in October – specifically to cover new car dealership issues.

Dealers and staff are invited to participate in one or both sessions. The Secretary of State session begins at 9:30 am, followed by a light lunch at noon and the Treasury session at 1:00 pm. Thanks to the support of MADA’s educational partners, there is no cost to attend.

Please review this registration form for complete details, or email MADA at news@michiganada.org for more information. Pre-registration is required.