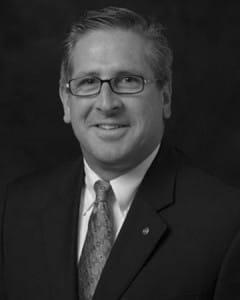 With 2019 now officially behind us, MADA would like to thank Mr. Jeff Williams for serving as our association president. He put in a lot of time and effort behind the scenes to support the interests of our members in Michigan. We appreciate his commitment to dealers throughout Michigan and look forward to working with him in his final year on the executive committee, as he transitions into his role as MADA’s immediate past president.

We welcome in the new 2020 MADA officers, who were announced and approved during the MADA Annual Meeting in December. We thank them for agreeing to serve this year.

Each year this group of dealers works closely with the MADA board and association staff to guide and advise on issues important to dealers. They communicate with their colleagues around the state, speak to government officials when regulatory topics require dealer involvement, help guide association policies and procedures, and stay informed on many other topics and issues. The support and involvement of these individuals is critical to the success of our association and helps us maintain a positive and prominent presence in Michigan.